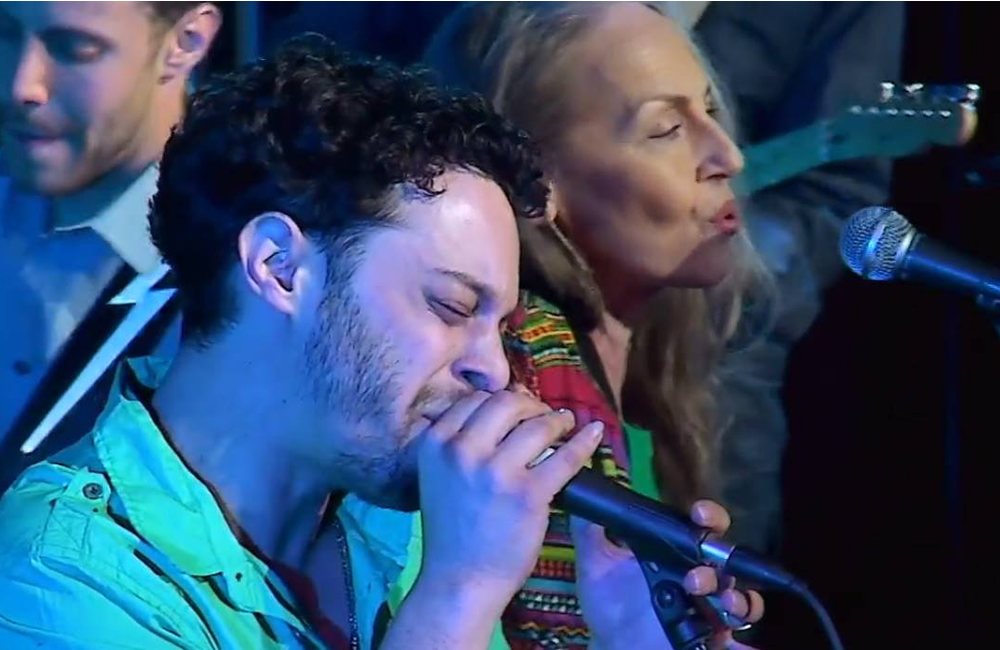 Ethan (left), Marcus, and Sherry doing what they do best, making music together.

Editor’s Note: This is Part 2 of this fascinating interview with TAXI member Sherry Marcus Milano. If you’d like to read Part 1 first, just click here!

How did you deal with rejection in the context of booking your own gigs when you were still doing mostly live shows?
With honesty and resilience. “This hurts and I’m pissed and disappointed. And it’s not going to stop me. Next!” was my mantra. If you can’t handle rejection, find a different career. Or grow yourself past that, and get on with it.

How do you deal with rejection in the context of pitching music?
The same way. I just keep planting more seeds. They don’t all take. But the ones that do bring forth a life of their own.

"It’s more important to be happy than to be right."

You and your son Marcus formed WeWillWriteUaSong, and then jumped right into TAXI. There aren’t many mother/son business partners that I’ve seen in my 40-plus years in the music business. How do the two of you share the responsibilities?
We respect what the other does well. On the business end, we share responsibilities according to what each does best. In songwriting, I guess I’m more lyrics/song structure and he’s more melody/production, although we overlap a great deal. He’ll contribute lyrics, I get production ideas, but we collaborate seamlessly, and we both work really quickly. We learn from one another and challenge each other to never settle. We also challenge each other to push to a higher bar, even when it’s not required. Iron sharpens iron.

How do the two of you line up musically? Are you both equally strong in most genres, or do you lean on each other where one has strength and the other doesn’t?
His strength is fortunately the #1 genre in our industry right now, Hip Hop/R&B, and he is as good as it gets. I’ve learned so much by writing with him and being in the studio together. He’s so strong as a vocalist and song stylist, and I love hearing him interpret something I write. He’s an artist at heart, yet he has no desire for that artist life. I’ve lived through many more musical eras, bend into more genres as a lyricist, and I’ve produced so many different styles of jingles and songs. But he can also take something new that I write—that may sound dated—and transform it into something that sounds really current. It’s a great blend, and between the two of us, we can cover almost everything.

In most musical partnerships, you can always split up if things head into the dumper. What if there are serious creative differences between you and Marcus? Is it easier or harder to resolve because you’re family?
It hasn’t happened yet, but I’d say easier. We’ve been through a whole life together and we’re still best friends. Love always opens a way to heal anything.

Do the two of you have a workflow that’s routine, or does it vary? Let me be more specific: If you see a TAXI Listing that sounds like something that’s up your collective alley, who usually brings it to whom?
I’d say it’s about equal. Usually we review the listings together.

"I’d have joined 20 years ago, had I been aware TAXI existed."

Who usually spits out the first musical idea, and where does it go from there?
It’s different all the time. Sometimes I come in with lyrics, sometimes he’s got music waiting for me; either way, the dance begins anew. If you walk in on us, he’s behind the board working on a track and I’m in my chair with my pen and book letting the inspiration flow.

What if there’s a creative stand-off – who’s the tiebreaker or “decider”?
I guess Marcus, because he’s the producer. I win more of the lyrical differences. I’ve gotten much better at letting things go and not getting stuck. We work quickly, and he’s never really wrong, it’s just different, and my ears will adjust to his choice, I’ve found. It’s more important to be happy than to be right.

Wow, you could do marriage counseling in your spare time!
Ha! When I feel strongly about something, he’ll usually try it my way, and often likes it better. If he says to leave it as is, it’s usually because it would take too much time to change it and there’s a deadline. 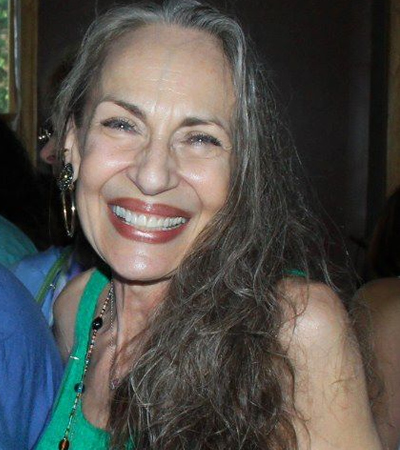 Why did you choose TAXI as your vehicle?
I’ll quote Marcus here. “We asked the Universe for more, and TAXI answered the phone that day.” All of a sudden, TAXI was coming up everywhere, and the timing was perfect. It offered everything we needed; a structure, a practice, and an outlet, all based around what we did best and enjoyed most. Plus, neither of us believe in coincidences; we’re wired to look for miracles. So when something keeps showing up, we pay attention.

Well, I’m glad you paid attention to the Universe on that one! How long were you aware of TAXI before you joined?
I had never heard of TAXI until Marcus proposed it as a great way to bring our two businesses together as we prepared our new joint venture, and it is now our primary focus. I’d have joined 20 years ago, had I been aware TAXI existed. Marcus had some previous exposure a few years back but never had time to focus on it because of his studio workload.

Were you ever hesitant to join TAXI because you thought it sounded too good to be true?
Not at all. I jumped in with both feet and came up swinging. And I knew going in that there would be a great deal of work involved to succeed, but my work is my joy.

You and Marcus jumped right into the TAXI community and took great advantage of our online Forum. How did the Forum help you two move forward more quickly?
The Forum is where we started to have the community experience, to see the reciprocity as veteran members were always there for advice and guidance and support, and to learn from the peer-to-peer exchanges on all the different topics. We started friendships and began to collaborate with other members, as well as to get and give honest feedback on the songs and cues we all write. Plus, we went to our first Road Rally with a list of Forum people we couldn’t wait to meet!

What would you say to members who remark, “Forums are old-school. I spend most of my time on Facebook, Twitter, and Instagram instead”?
Hey, hey, what’s wrong with old-school? It IS old-school, with updated parts, because it’s true communication between people, not just a post or a meme. It’s using technology for its highest purpose; enriching people through the exchange of information and ideas through interactive communication.

"Speed comes with practice and confidence."

Because you’re so active in the TAXI community, you’ve been exposed to hundreds of your fellow members — some of whom are just starting out, and some who are many years into their memberships and highly successful. What do you think the experienced members have figured out that the newer members should know?
That experience takes time, there’s no way around it. It’s a combination of time, work, patience, and faith. It’s you taking charge of your life and it’s a process. The whole first year I’d tell Marcus, “We’re in our gestation period. It takes nine months to grow a baby, no matter how good you get at it; there’s just no rushing certain processes, so settle in for the long haul. All in; one year. Then we can have a conversation about it.”

Boy oh boy, you were so right! Do you have any advice for people who obsess about a single instrumental cue and take days or weeks to finish it?
It takes time to ascend time, and it takes effort to become effortless. When you’re in the process, you don’t think you’re obsessing. I used to spend months on songs and arrangements; editing, re-editing, tweaking, second-guessing decisions... it only looks obsessive in hindsight. Speed comes with practice and confidence. And deadlines, haha! Another hidden TAXI gift that comes in handy when it comes to learning to complete something quickly... Take that idea you want to add, and instead, try writing a whole new cue with it.

"Take that idea you want to add, and instead, try writing a whole new cue with it."

Has your approach to writing lyrics for songs you want to pitch to film and TV changed from your approach when you were writing songs for yourself or other artists?
That’s been the single biggest change, and requires so much conscious focus that I sometimes short-circuit my muse. As a poet and wordsmith in my deepest core—even deeper than the place where the music is born—I am by nature an emotional story-teller. However, universal lyrics for TV/film are not supposed to be personal, detailed stories captured in time, or their placement possibilities become severely limited. So the #1 challenge for me is still the process of taking my inspirational flow, which has enjoyed free sailing for almost half a century (eek, did I really just say that?) and applying parameters and guidelines to it. I just had a lyric returned from a popular TAXI composer, requesting something “more universal” for our collaboration. So I am absolutely still a humble student.

Don’t miss Part 3, the final installment of this inspiring interview, in next month’s TAXI Transmitter!

Perfecting Your Pitches to Music Supervisors
Read the article